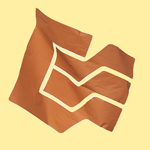 History of the Retirees Luncheon Meeting

STILL TOGETHER AFTER ALL THESE YEARS by Charles Tipton

with updates by Tom White and Marv Olson

Maybe it's a little parochial, but it has always seemed like the folks who worked at E-Systems were a little bit special; more like "family" than co-workers, and it's always a sad thing to loose touch with friends you have developed over the years. People you have known for 10, 20, 30 years or more! It was that thought in 1989 that motivated Bob Ross, Benny Poarch and Charles Tipton to try and organize a regular luncheon meeting for the E-Systems Garland Division Retirees.

With major help from the Garland Personnel Department, a mailing list of retirees was compiled and a notice was sent out far and wide inviting fellow retirees to a luncheon to be held on the last Wednesday of each month. The first luncheon was January 31, 1990 and there was an impressive showing. About 140 of the "old hands" and their spouses gathered together to catch up on what the others had been doing and life in general. Just like the little battery bunny, these luncheons have just kept on going.

The attendance at subsequent meetings has never quite equaled that of the first, but it always runs somewhere between 60 and 100 with the average typically in the eighties. About half or more of those who congregate each month are regulars who wouldn't consider missing the event. Of course, you never know who will be in the other half of the attendees, and as a consequence, no two meetings are ever the same.

Mostly these are social meetings, much like an old fashioned "dinner on the grounds" with a whole lot of talking and reminiscing going on. However, there are always a few items on the agenda besides eating and visiting. About the time that everyone has finished eating, the ad-hoc leader takes the floor to take care of those items. For several years this chore was handled by Benny Poarch and Bob Ross, then Bob Sales and for many years the meetings were conducted by the more than capable hands of Dottie Vaughn. Now, Eileen Walhstrom conducts the meeting. We applaud Dottie for making us act like adults for many years and Eileen for agreeing to accept the torch and carry on.

Usually, the first item of business is a head count of those at the luncheon with recognition of the first timers. This is followed by a list of the new retirees who have joined our ranks and sadly a list of the E-Teamers (current or retired) who have passed away since our last meeting. Next on the agenda are announcements (both from the chair and the floor) of items believed to be of interest to the group (Employees' Club activities for example). However, from time to time some specialist (Benefits for example) is invited to the meeting to explain issues that affect the retirees.

The rules for admittance to these luncheons are pretty stringent: you have to have worked for E-Systems, Raytheon, or one of the predecessor companies, or know somebody that did and buy your own lunch.

The site of the luncheons has shifted around a little over the course of the years. For the first year of so the meetings were held at Wyatts Cafeteria located at the old Northlake Center until scheduling conflicts caused a move to the Wyatts at Centerville and I-635 and were held there until that unit closed. The luncheons were then held at Ryan's Steakhouse located at 3301 West Buckingham (just east of Jupiter) in Garland. When it closed we moved to Furr's Cafeteria at NW Hwy and Saturn.  When Furr's closed we moved to The Golden Corral at 11917 E. NW Hwy. We now meet at the Furr's Fresh Buffet at 1540 Eastgate Drive, Garland, TX 75041.

These meetings begin with eating at about 11:00 AM and usually wind down by 12:30 PM. If you are an E-Systems/Raytheon retiree and have not attended one of these meetings, you just might be missing something. So, mark the last Wednesday of each month on your calendar and make the next meeting. For a door prize we will give you a list of the (consenting) members and their addresses. Ya'll come!